The Optimists is an extraordinary volleyball team of women between the ages of 60 and 98. Despite their weekly training sessions, The Optimists have not played a match for 30 years. Now they have decided to play one final game. But against whom? Is there a suitable team of handsome Super Old Boys to be found out there? Rumors say there is a group of Swedish gentlemen who call themselves "Krutgubbarna". 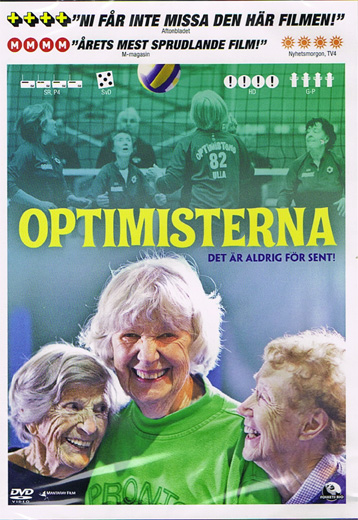