He Thinks he's The Best

Items in cart: 0 | Checkout | Empty order list
Maria Kuhlbergs uncles, Aldo and Carmine, has been at loggerheads since they were little. In connection to her grandmother's funeral Carmine tries to kill Aldo in a fight, but Vito - Maria's grandfather and their father - intervened. Since that day the uncles has not spoken to each other. Maria wants them to meet and start talking.
The film recreates the family's journey from poverty in southern Italy in the 40s to the new homeland Sweden, where several obstacles awaits. In her film Maria Kuhlberg examines if her family, despite his violent social heritage, can become reconciled. 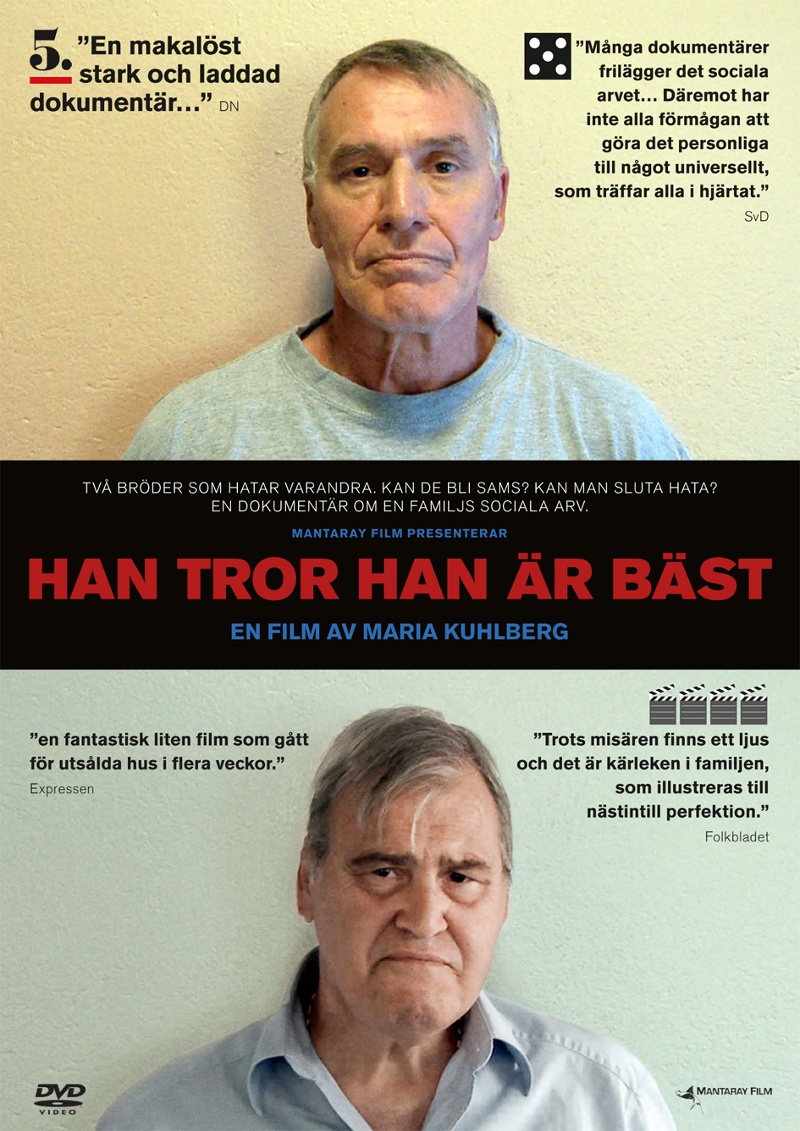