A cold and clear Easter night on the 6th of April 1990, the cruise ship Scandinavian Star departs from Oslo and sails towards Frederikshavn, carrying 383 passengers and 99 crew members. During the night a fire erupts, and 159 people lose their lives. With a burning ship stranded in the middle of Skagerak, the authorities in Denmark, Norway and Sweden suddenly face a transnational murder case. At the same time there is a financial game following the ship, with traces to USA, the international shipping trade and a global reality, which the authorities is not prepared for. Today, 30 years after, the arson is still an unsolved mystery.

Behind the tv-series Scandinavian Star, stands a unique team. Documentary film director Mikala Krogh, who amongst other films has directed “The Newsroom”, which portrayed a tabloid news station from within, focusing on the modern reality of newspapers; Journalist from Politiken Lars Halskov, who has worked extensively with the case for the past 10 years and published the acclaimed book “Branden – Gåden om Scandinavian Star”; and script writer Nikolaj Scherfig, writer of the tv-series “The Bridge”. The tv-series is filmed by the internationally acclaimed cinematographer Manuel Alberto Claro (most recently: “The House that Jack Built”, “Ditte & Louise” and “Nymphomaniac”), edited by Kasper Leick (“Darkland”, “The Legacy” and “The Newsroom”) and with music composed by Jonas Bjerre, lead singer of the internationally recognized Danish rock band Mew.

SCANDINAVIAN STAR is produced as a tv-series with 6 episodes of 58 minutes, in a collaboration between Sigrid Dyekjær of Danish Documentary and Thomas Heinesen of Nordisk Film Production, and is co-produced by DR in Denmark, NRK in Norway and TV4 in Sweden.  The series is produced with support from The Danish Film Institute, Den Vestdanske Filmpulje, Nordisk Film & TV Fond, Norsk Filminstitutt, Copenhagen Film Fund, Politiken-Fonden and Jyllands-Postens Fond. 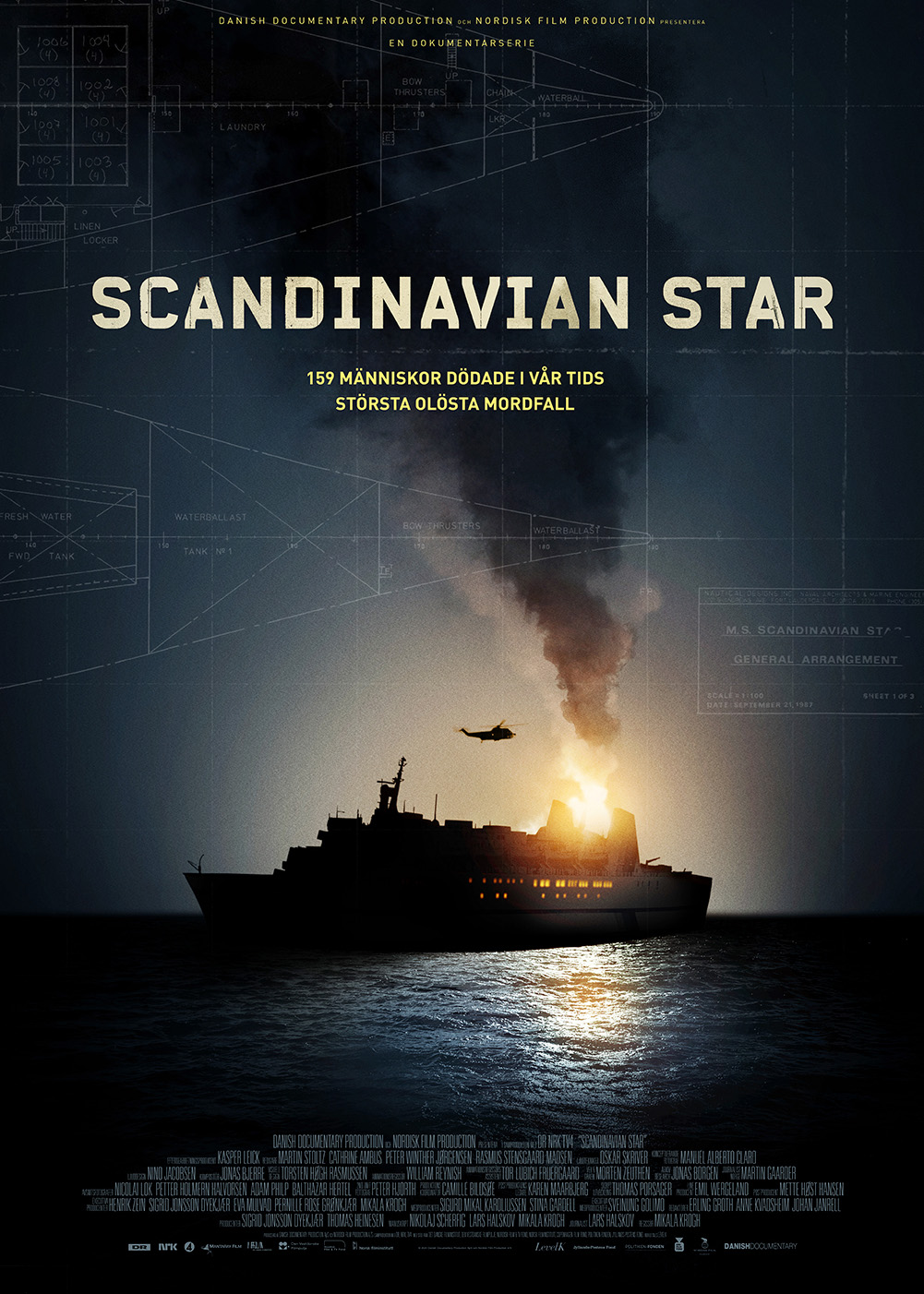