In the midst of a life crisis following the separation from her partner, the documentary filmmaker Susanna Edwards finds solace in the voice of the singer and diva Natacha Atlas. Susanna tracks Natacha down and in her discovers an apostle of love as well as a contemporary soul mate.

With camera in hand Susanna turns into a stalker. Weaving Natacha Atlas into her dreams she pushes further and further into the private sphere of her protagonist. Until one day Natacha decides to quit the project. Plagued by ageing and the lack of bookings in her calendar, Natacha finds herself on the verge of economic ruin. It's the wrong stage of her life to be filmed and Natacha wants to be left alone.

Susanna is distraught. Should only the young, beautiful and successful be seen in the public domain? Susanna sees her mission as an exploration of the essence of love, and she finds it in the voice of Natacha Atlas. After some persuasion Natacha finally agrees to continue filming. But on one condition only - Susanna must also expose herself before the camera. Natacha knows that the director hates being filmed. This way however both must make a sacrifice.

The troubles have only just begun. Trying to get Natacha to drop her guard becomes a continuous strife for Susanna. In an amusing folie a deux the two test each other's limits, both aiming at the greatest vulnerability of the other.

The question echoes in Susanna's mind: what is she actually is searching for? What answers does she think Natacha can give her?

In a shrewd construction of meta-film and documentary, we are thrown between the divine and the trivial as Susanna Edward's searches for the elusive and provocative diva Natacha Atlas. At the heart of all of this, the core at which everything begins and ends, are Natacha's songs.

How are myth and reality connected? What does it mean to be a mere human, yet to constantly strive for divine ecstasy?

With support from the Swedish Arts Grants Committee, Swedish Film Institute.
In cooperation with SVT/K-special and YLE. 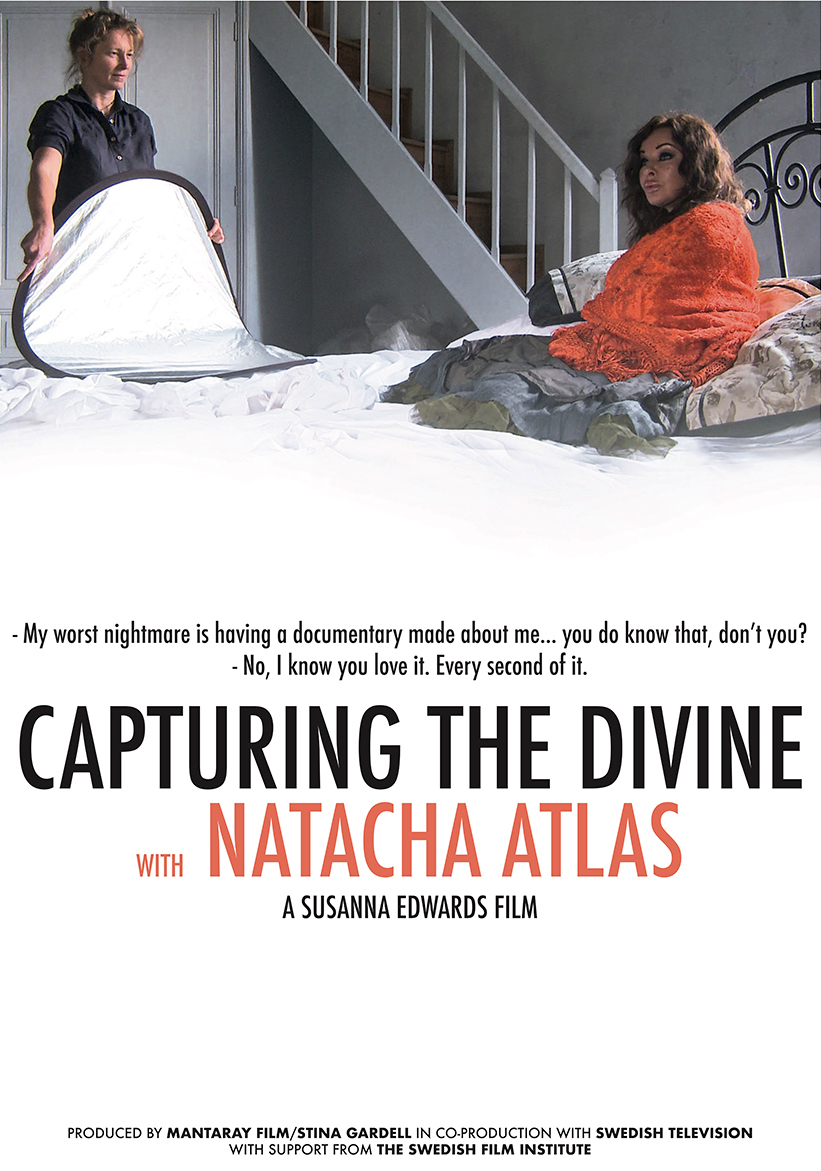