NOWHERE TO HIDE follows a man -the medic and father Nori Sharif - through 5 yeras of dramatic change in the war-torn Diyala-province; one of the most dangerous provinces in the middle of Iraq. From the time of the American retreat to the fall of Noriäs home town, we follow him filming stories of survivors. In a world trapped between ISIS and the different Iraqi Militias, his integrity and huminitarian vision is the only thing that drives him to continue against all odds. Even when, as last man standing, he is forced to turn the camera towards himself. 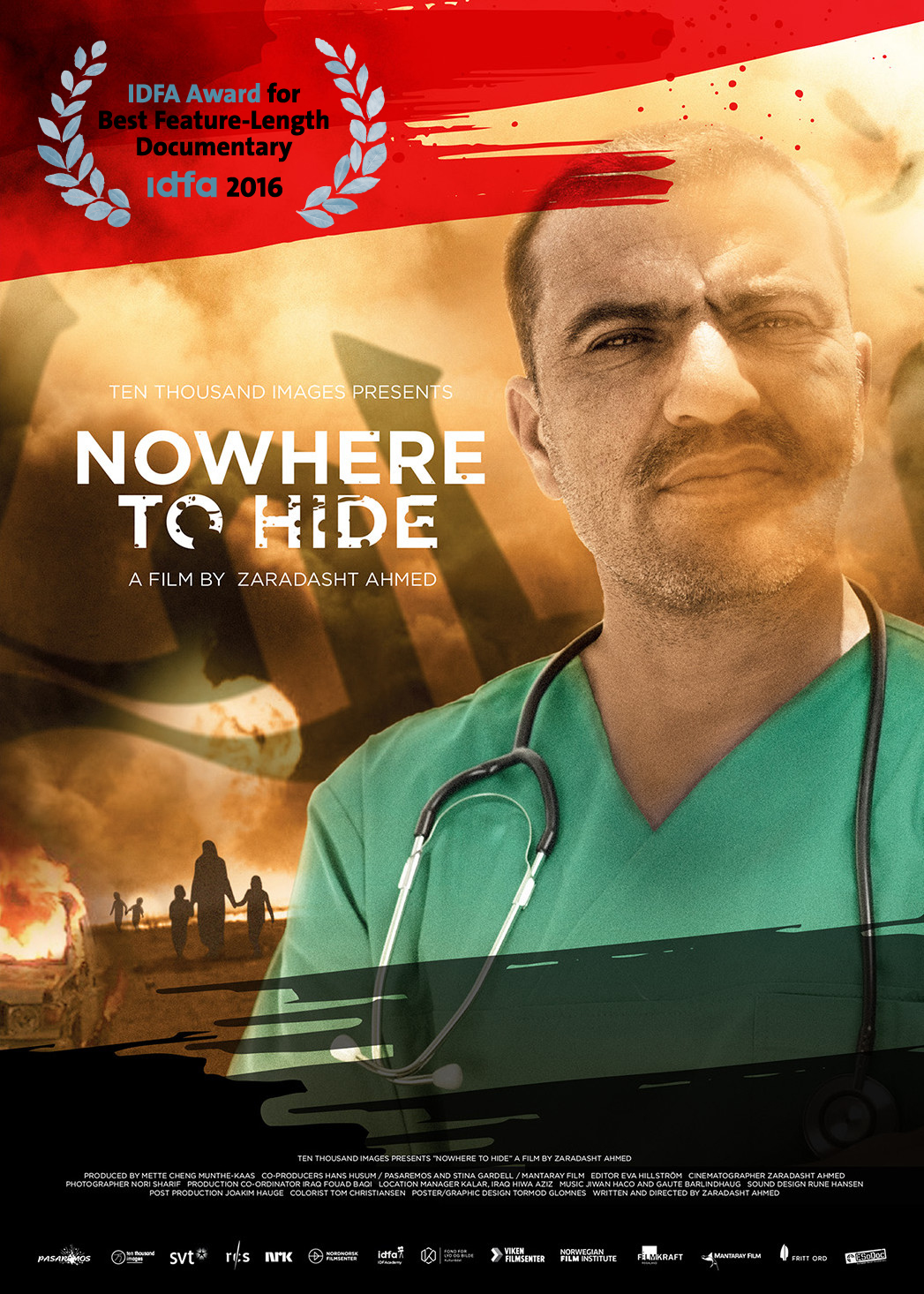